Top 10 street foods you can’t miss when in Kolkata

Hana Recipes
July 22, 2020
Facebook Twitter Telegram
Your culinary trip to Kolkata is incomplete without these 10 must-have delicacies from the streets 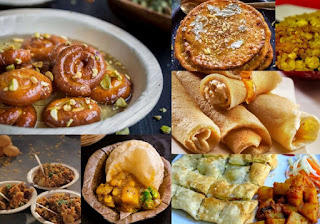 Kolkata has always been a foodie’s paradise as it offers innumerable options when it comes to tasty and affordable food. Both vegetarian and non-vegetarian options flood the street of the cultural capital of India. Take a look at these 10 lip smacking delicacies that we have picked for you, some of which are quite common and some that you have never heard of. Lets see how many of these hidden gems you have tried out. 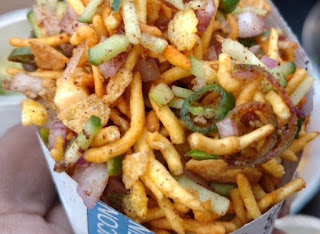 Ghoti Gorom
Ghoti Gorom : Ghoti in bengali means a small pot (ghada/lota) filled with hot coal that keeps the sev and peanuts warm, thus the name. It is a common evening snack comprising of sev, peanuts, chopped onion, coriander leaves, green chilies, mustard oil and the secret ingredient hog plum or aamda (which gives the dish a tangy flavour) tossed together with rock salt and roasted cumin powder and served in a newspaper cone. 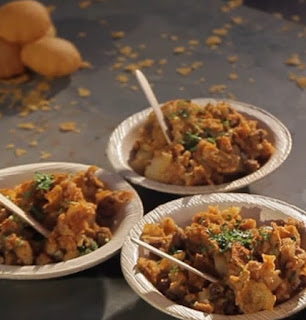 Churmur
Churmur : What can be a better way to make the optimum use of the unpuffed papdis that are no used in making phuchkas. Churmur is made with the crushed unpuffed papdis, tossed with boiled potatoes, roasted masala, bengal gram, chopped onion, green chilis and tamarind pulp. Phuckas might be the lifeline of a bengali chaat lover but churmur is the answer to a true street food lover. 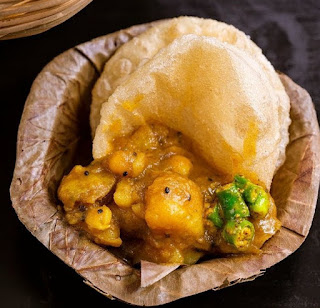 Kochuri
Kochuri – Torkari – Jilipi : What poori – sabzi is to the north India, kochuri – torkari is to Kolkata, but a better version and a breakfast must have on Sundays. Small flattened deep fried flatbread filled with stuffing (can be of peas/moong dal/ chana dal etc) served with a side dish of potato curry or yellow peas curry. Each store/vendor has their own secret recipe of the torkari that pulls the crowd and everyone has their favourite one, and let me tell you – the torkari is also often differently made to break the monotony. To complete the meal it is accompanied by jilipi (jalebi) at the end as the Bongs have a big sweet tooth. 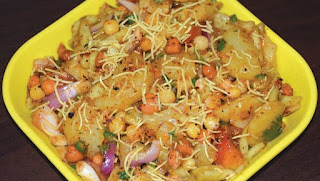 Aloo Kabli
Aloo Kabli : The modest aloo has been used in various form when it comes to chaat with various names, in Bengal it is Aloo Kabli. It is extremely popular among students and also the adults. It is almost like a potato salad, where boiled chopped potatoes is mixed with peanuts, bengal gram, chopped cucumber, tomatoes, onion, green chilis coriander leaves seasoned with smoked chili powder, roasted cumin and coriander powder, rock salt and chat masala with a drizzle of lemon juice or tamarind water for that tangy twist. 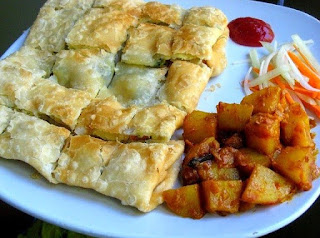 Moglai Porota
Moglai Porota : Every Bong goes gaga over this spiced keema and egg filled flaky deep fried parantha which  is an ultimate evening snack and quite fulfilling too. The envelope shaped paratha is cut into small squares and served with a spicy potato curry, onion cucumber salad and tomato ketchup. This particular dish was introduced under the reign of the Mughal emperor Jehangir by his chef Adil Hafiz Usman who belonged from Bengal and was kept as a family secret for few generations until the later descendants started selling it. 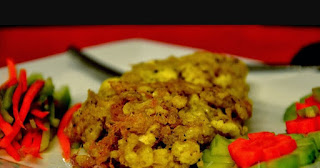 Chicken Kabiraji
Chicken Kobiaraji cutlet : The name kobiraji is derived from the word coverage as the crumb coated cutlet filled with chicken filling is covered in a coating of beaten eggs that gives it its typical look like a birds nest or lacy framework and a crunchy coating. This is a popular evening snack served with mustard sauce and onion-cucumber salad. This dish is influenced by the British Raj with a local modification by the cabins or eateries that were introduced in that era. 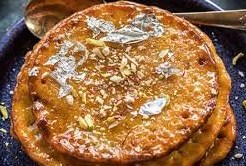 Malpua
Malpua : Well although you might be familiar with this typical pancake like dessert but let me tell you, there is a variety that is entirely different and it is a puffed one – like a fried ball. The later version is only found in Kolkata which has a crunchy outer crust and a softer inner (like that of a jalebi). The batter is fermented, poured in dollops and deep fried, later this is douged in sugar syrup. This variety is not very commonly found and very few shops sell them. 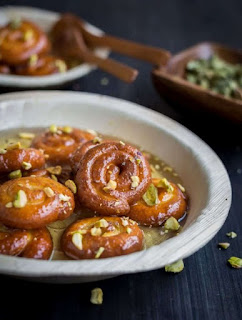 Chanar Jilipi or Paneer Jalebi
Chanar Jilipi :  As the name says it is a type of jalebi made from chena or cottage cheese instead of flour, but it is nowhere similar to that of jalebi and more of a gulab jamun. The dough is made of chena and khoya, portioned into small balls and twisted to form the shape l of jalebi, deep fried and soaked in sugar syrup. 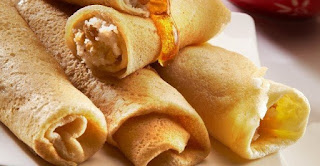 Pithe
Pithe : The humble pithe comes in varied forms and taste which are basically sweetmeats made with rice flour and sugar and often stuffed with sweetened coconuts, dry fruits or drenched in sugar syrup. These winter special delicacies were actually popular among bengali household but nowadays are found across the city through various sweet shops.

Kolkata has a lot to offer when it comes to food and the varieties are even diverse. For a food connoisseur it is the hub of tasty food at a very reasonable rate and one trip is simply not enough to cover it all. Do give these dishes a try the next time you visit the city of joy.
Facebook Twitter Telegram